When your art life is so full !! More great news and coverage on our trip to Art Basel Miami

The Fine Art World Doesn’t Make Space For Black Women. These Artists Are Changing That.

So much so that only black women make up only 4 percent of artists within fine art institutions across the United States. Many of these institutions, meant to elevate and expose artists, are difficult for black women to gain admission to. And a lack of money, resources and access to (white) cultural gatekeeper’s approval can keep them stifled. Tiffany LaTrice knows this firsthand.

When the Atlanta-based visual artist and painter began creating art full time, she submitted applications to various studios in hopes of advancing her career. She was denied by countless galleries and MFA programs and told that her work wasn’t good enough. But suggestions that didn’t fit her vision and attempted to disrupt her creative agency were abundant.

“I was selling my work for thousands of dollars online. And so, I was so confused,” LaTrice told HuffPost. “I thought, OK, I have this talent. I’ve been awarded numerous accolades for my artwork, but I can’t get into these institutions that are obviously, mostly ran by white women ... so they don’t know my story or my narrative and my artwork. So when I saw that, I was like, ’Well, what’s being done for black women? What’s being done for us in this industry?’” 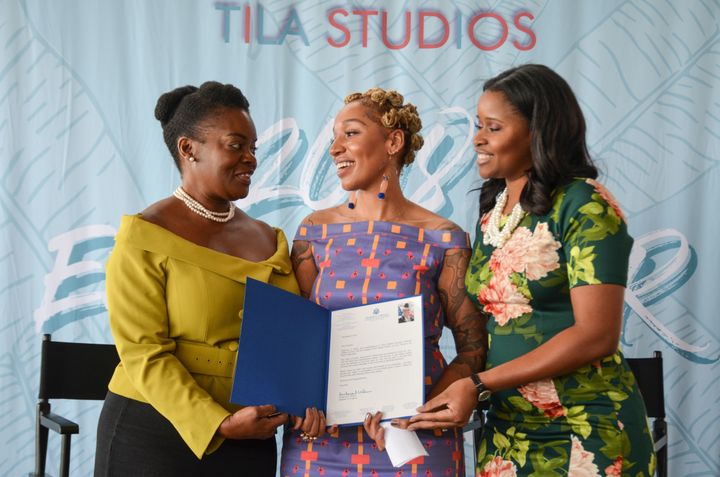 LaTrice is on a mission to find a solution by creating a door where there once was a brick wall. In 2016, she founded Tila Studios, a co-working space of empowerment and community for black women artists. Tila aims to provide creative development, networking opportunities and access for black women through a series of programming, initiatives and events. One of their earliest accomplishments was launching the More Than 4 movement to help start a more national conversation about the dismal number of black women in fine arts.

“Knowing, historically, black women have always empowered each other to attain success,” she told HuffPost, “I was like, ‘Well, let’s create an actual physical space where black women can gather and support each other and get all of our own network and develop our own opportunities to kind of disrupt this industry.’”

Part of disrupting the industry involves shaking up the term “fine art” itself, which LaTrice called “a power-structured concept.”

“It’s meant to be exclusionary because actually to produce art it’s so expensive. In terms of cost of materials, cost of canvases, you can spend upwards to a thousand dollars to produce whatever you would consider a fine art piece,” she said. “To me, fine art is anything that you create that exists to be displayed on a wall that is valued at a price, and prices vary. That is valued in a way that can build longevity and create an ROI for the investment is fine art. And that can be something that you pay $150 for. But over time, as the artist grows, it can be worth thousands of dollars.”

Recently, Tila Studios raised enough funding to admit its inaugural class of Garden Fellows for an opportunity to display their work at Miami’s Art Basel, one of the largest art fairs that gathers more than 70,000 people and 4,000 artists each year. Though more black and brown people, even outside of the art industry, are familiar with it, the presence there is still mostly white. And considering the funding and resources it takes not only to create art, but to be in the right spaces, LaTrice thought it a fitting opportunity for the artists. 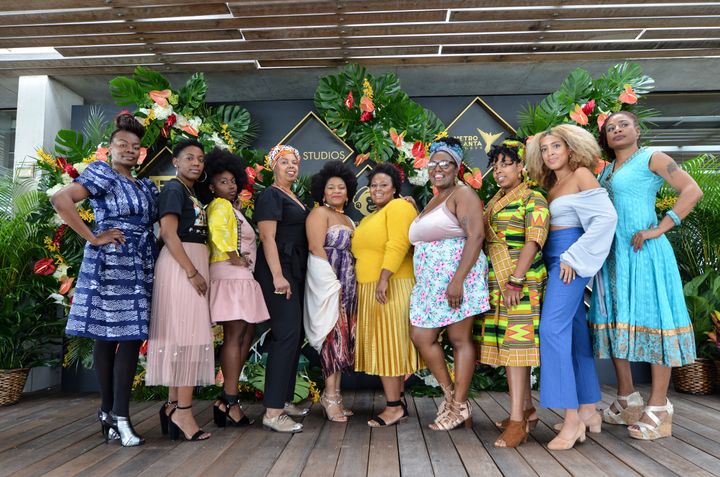 The 10 fellows (Christa David, Sachi Rome, Shon Pittman, Jasmine Nicole Williams, Evelyn Quiñones, Ebony Black, Ariel Dannielle, Ayanna Smith, Angela Davis Johnson and Grace Kisa) were selected by a team of curators and completed a series of programming sessions leading up to the fair. They range in media from painters and sculptors to photographers and performers.

“People are buying art for millions of thousands of dollars. The top collectors, the top influencers, corporations are there to specifically buy art. And there still exists a lack of representation of black women artists at this fair. So for us to be doing that and being a thought leader and actually disrupting the notion of that we don’t exist. For us to show up the day before Basel and host this spark and have this national conversation and be a part of an art fair.”

During this year’s Art Basel, they showcased their art while building with other black women in the field during Tila Studios’ events throughout the week, including a brunch hosted at the Pérez Art Museum Miami. Tila also received praise from Rep. Frederica S. Wilson (D-Fla.) who noted that black women’s “skill, promise, and ‘magic’ is unstoppable, if we are simply given a chance.”

One of the most noteworthy things about the special nature of these women’s journey to Art Basel was that these women, by lifting each other up, were able to retain creative agency over the work they displayed through their black, female lens and infiltrate a space hellbent on keeping them out. That’s rare.

“An artist has many different shapes, forms and facets in their narrative. And I think we’ve been seeing that a lot and I think you need to start seeing that in such a traditional space like the art industry,” LaTrice said. “We’re having these conversations across our community and I think it’s time to disrupt the traditional and kind of stale industry that hasn’t really seen a lot of shakeup. So [we went] down there to kind of shake things up.”

Talking Art On NPR with City Lights 'Speaking of the Arts': Sachi Rome

In case you missed It

New things in the studio

Talking Art On NPR with City Lights 'Speaking of the Arts': Sachi Rome

In case you missed It

New things in the studio